The city was asleep and it had a dream

The end of the Soviet Union has made its mark, not only on Georgia’s politics, society, and economy, but also on Tbilisi’s urban architecture. Regimented blocks have acquired slipshod DIY extensions; buildings arise with no overall plan; and construction projects that were abandoned halfway have left functionless gaps. Mistakes are made and not always corrected. Urban sprawl is thus changing the appearance of the city.
A virtual tour takes you through the crumbling remains of the Soviet era and the flagships of the new neoliberal order. Fragments of different districts are connected to create the city’s dream landscape. The police station, the pawn shop, and the church are symbols of the powers that control public, economic, and moral life. The way they are embedded architecturally reflects the collision, overlap, and partial merger of two ideological systems from which a new city is born.
Project team: Mariam Natroshvili ande Detu Jintcharadze.
Vr programmer: Alexandre Lashkhi.
Sound design: Anano Sikharulidze
The project is supported by Tbilisi City Hall
2021 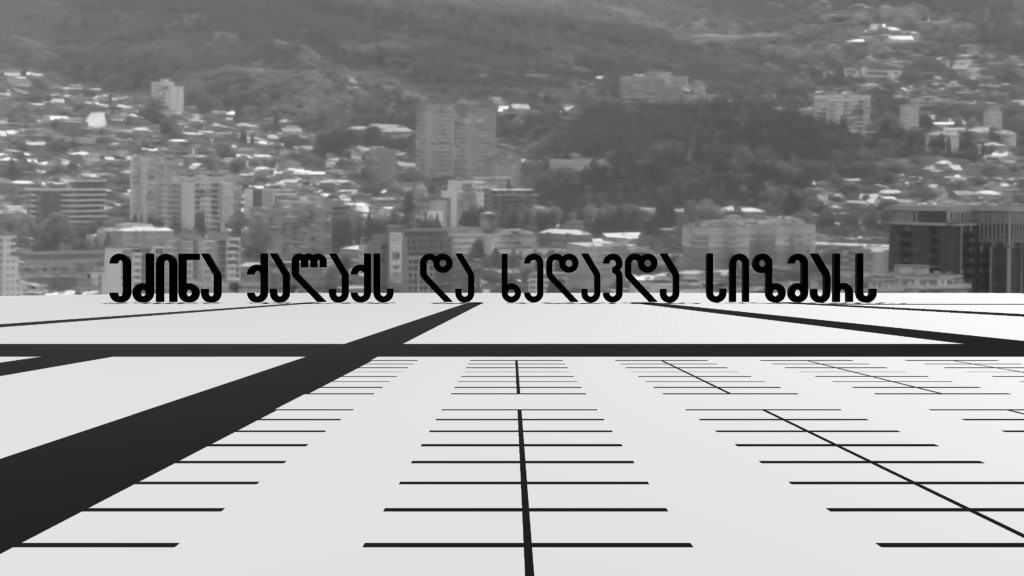 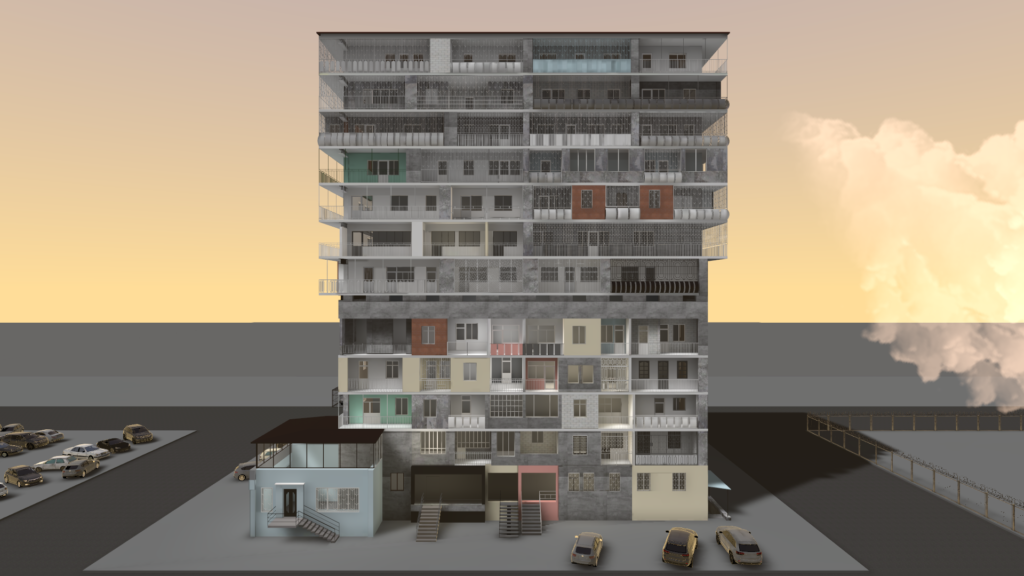 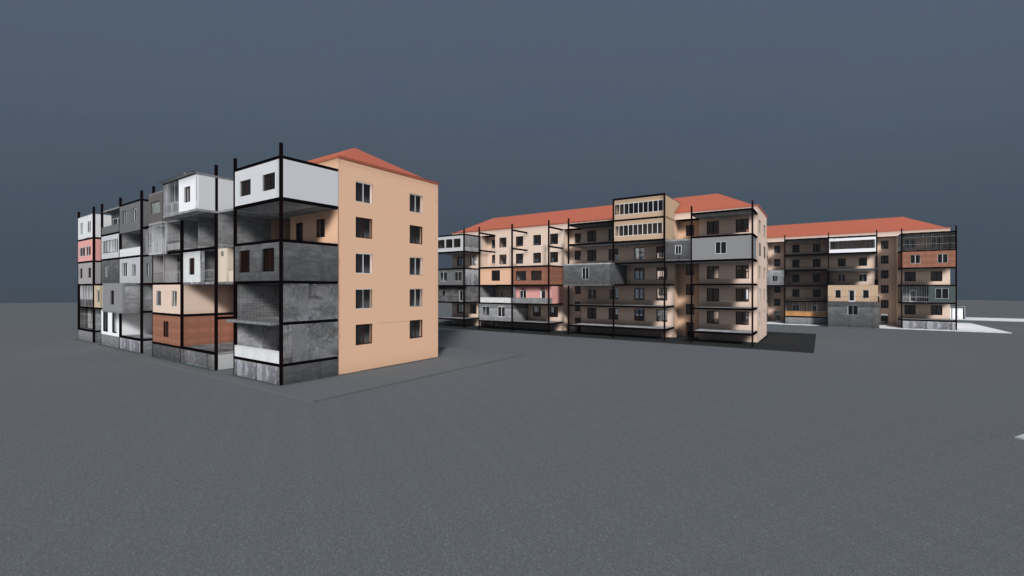 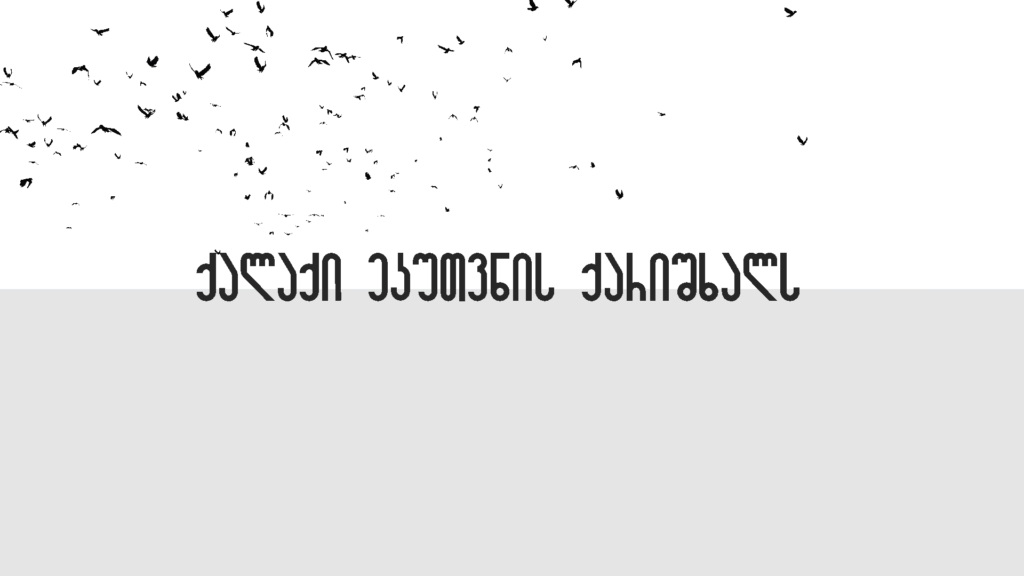