Mariam Natroshvili (b*1987) and Detu Jincharadze (b*1984) are the Tbilisi-based artists working together since 2011. Their practice includes multimedia, interdisciplinary, and curatorial projects. Focusing on themes such as the disappearance and oblivion, they look for the traces of personal or collective memory, stories of people and places faded away or transformed as the results of significant socio-political or ecological events. The key medium of the artists are words, texts, video, VR, and CGI imagery.

The first joint projects of Natroshvili and Jincharadze included illegal writing of the elsewhere found words and phrases on abandoned Soviet buildings, often in the form of unanswered questions. The texts acting as titles for disturbed landscapes responded to the post-Soviet present in a poetic language. The language in their artwork is the visual element always related to the place. Like magical formulas, they change the space or surfaces and bring the viewer to their own emotions and associations. Architecture and texts are significant in the duo’s art practice. The stories told through buildings or a city determine the work as the objects for observation on history and memory, symbols of changes.

Another important route of the duo’s artistic work is the creation of ghost museums connected to their essential quest for lost information, knowledge, history, and the ways of their storage. The museum projects include The Museum of Superstitions (2013), The News Museum (2014), The Museum of Red Winds a.k.a The Museum of Legends (2015), The Museum of Unidentified Files, and The Museum of Masterpieces (2017).

The significant work of the museum series was The Museum of Contemporary Art on Call, (2017), criticizing the absence of the Contemporary Art Museum in Georgia. It featured photos of artifacts created by Georgian artists since the 1980s collected in a special suitcase. With a small payment, anybody could invite the museum to hear the history of Georgian contemporary art told by the artists. At present, in collaboration with the Writers’ House of Georgia and the Soviet Past Research Laboratory, the duo works on The Museum of Repressed Writers. One of the works of the duo titled Tomorrow is a part of permanent public art installations of Tbilisi. Many of their works are kept in private collections in Georgia and abroad.

2018 marked the artists moving from the public to the digital space. Currently, AR, VR, and CGI formats are the main working tools for Natroshvili and Jincharadze. During the last three years, they have created interactive virtual exhibitions and museums based on the principle of a video game. The latest works also include short documentaries Dismantled, describing the life of the socially vulnerable individuals living and working in a former vinegar factory in Tbilisi; Status: Homeless, collection of stories told by the people living in extreme poverty; VR Experience the City was Asleep, and it had a Dream showed at the Liminal Reality, IDFA DocLab Competition for Immersive Non-Fiction. The work is a virtual tour that takes a viewer through the crumbling remains of the Soviet era and the flagships of the new neoliberal order. 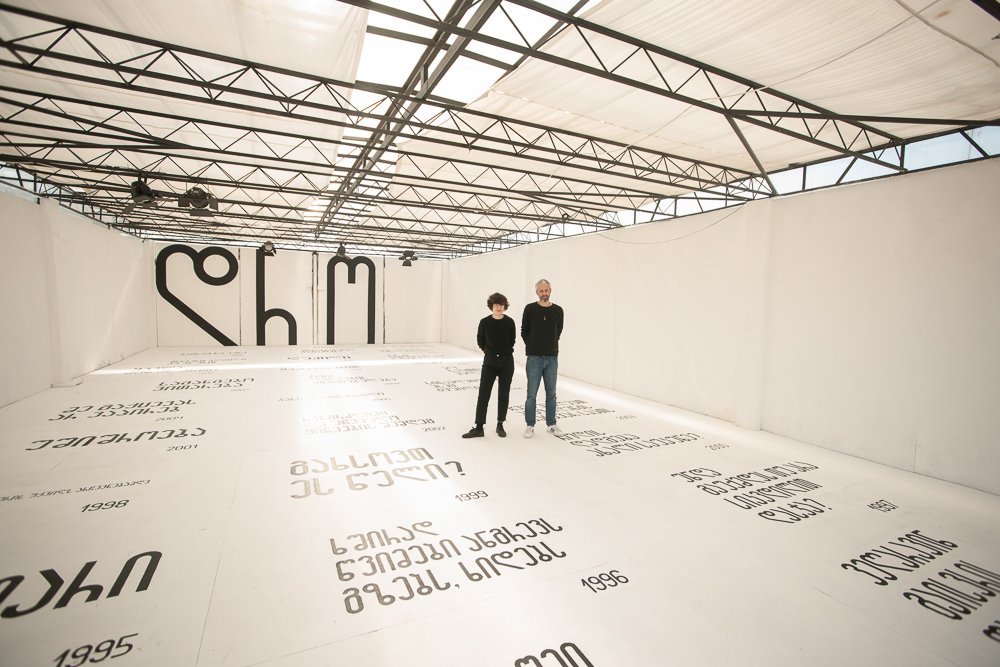